The prospects for a space gold rush 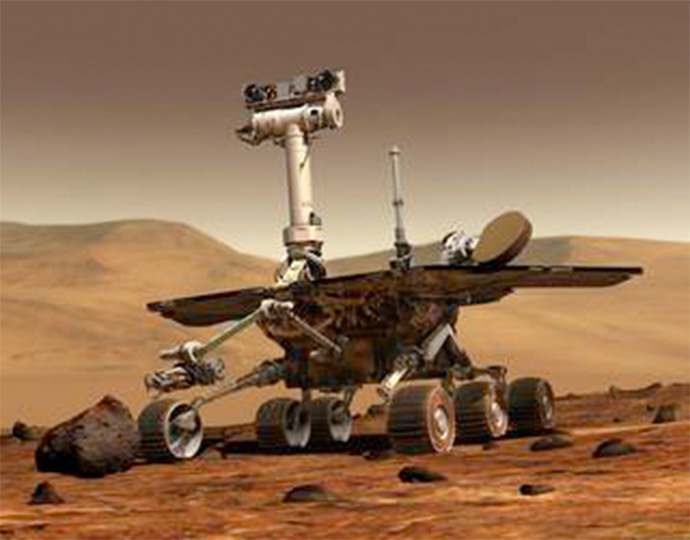 Some estimates of the potential payoff from mining the cosmos — whether on the moon or Mars or in the mineral-rich asteroid belt — are out of this world.

One such appraisal would equal $100 billion for every single human being alive.

But the former NASA astronaut who now heads the U.S. Geological Survey, which would help identify those space resources that might soon be within our grasp, has a message for would-be prospectors: come down to Earth.

“People say, ‘If we can just find an asteroid full of platinum, we’d make a fortune,'” says James Reilly, a geologist who flew on three Space Shuttle missions and logged more than 500 hours in space. “The reality is not so simple and it probably won’t be something we do very easily for a lot of reasons.”

The USGS, founded in 1879 and part of the Department of Interior, last year completed an Asteroid Resource Assessment. While there’s little doubt there are infinite resources out there — from iron and nickel to the more rare-earth elements that are the focus of fierce competition here on Earth — the feasibility and economic rationale remain wide open questions, Reilly argues.

For one, it is not clear if the most valuable resources can be found in large enough quantities to make their extraction worth it, given the cost and complication of getting there and back.

“The cost of entry is so high,” says Reilly, who was confirmed as the USGS director in April. “You can’t just buy a ticket to go to the moon and start panning for Helium 3. The feasibility on these projects really comes down to what’s the cost-benefit. And that’s whether it is the government or the private sector.”

Reilly spoke to POLITICO about the agency’s history working with NASA — dating back to the Apollo era — and why he thinks the biggest payoff for space mining will likely be mastering the supplies of water on the moon and Mars.

“How much water is there,” he wants to know, “and how much can we recover as a resource to support whatever it is we want to do?”

This transcript has been edited for length and clarity.