Back to the Moon in Five 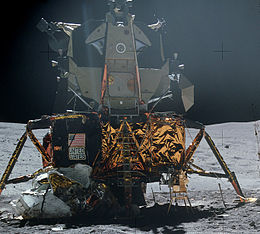 After yesterday’s direction by Vice President Pence to NASA to get Americans back onto the surface of the Moon by 2024, one can find the following reactions:

I am in a different frame of mind, and I hope others are too. What all of us—even the skeptics—should be asking ourselves is, “OK, even if this is a long shot, what can I personally do to MAKE IT HAPPEN?” Let’s plan for success.

Here is just one crazy thought. The US currently has four space robotics programs in process: DARPA’s RSGS, which I had the privilege of creating and leading for four years; NASA Goddard’s Restore-L program; NASA’s Tipping Point program, which includes the Dragonfly robotic arm; and Northrop Grumman Innovation Systems’ Mission Extension Vehicle. Is there any way that these vehicles and robotics could be enlisted in support of the Moon return?

For example, could MEV be used to transport fuel tanks launched by one rocket to a lunar lander launched by another? Could RSGS be diverted from its intended GEO orbit to LEO, to do the robotic assembly? Why are we restricting ourselves, Apollo-like, to landers crammed into a single launch vehicle? The beautiful thing about vehicles assembled on orbit is that they don’t have humans in them. Humans arrive last, after everything has been checked out, on a proven vehicle like Crew Dragon.

It is time for ideas. It is time to look for the win. It is time for engineers to ignore the cynics and stretch for success. The administration is giving us a chance. Let’s make this happen.