Robots will build an antenna in space 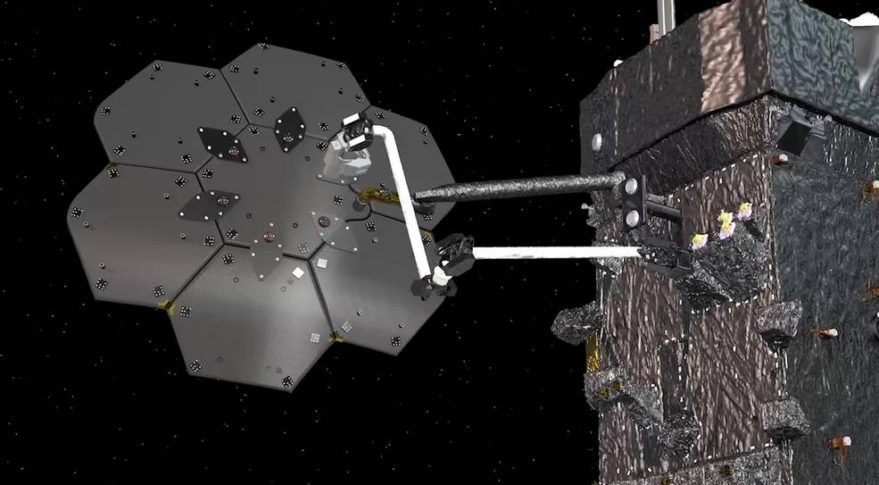 The world is demanding more and more data every year. Communications are a growth area. The growth in Internet bandwidth has been over 20% per year, 26% recently. That’s a tripling of data rate every 5 years.

Every type of communications system is going to be stressed to keep up with this demand. None can handle it alone–not fiber, GEO satellites, large LEO constellations, microwave, cellular, or laser. Research and development are going to be needed to come up with new technologies to supply all this data.

For satellites, larger antennas mean higher data rates. Today’s satellites typically have large parts of their antennas, called reflectors, that are folded up so they fit into the launch vehicle. Beyond a certain size, folding just isn’t practical.

But what if you could build a large reflector in orbit, out of pieces that fit easily into the launcher? Maxar Technologies has just received a contract from NASA to do just that. The project, called Spider, will fly on NASA’s Restore-L mission in the early 2020s. Here is Maxar’s description of the project: