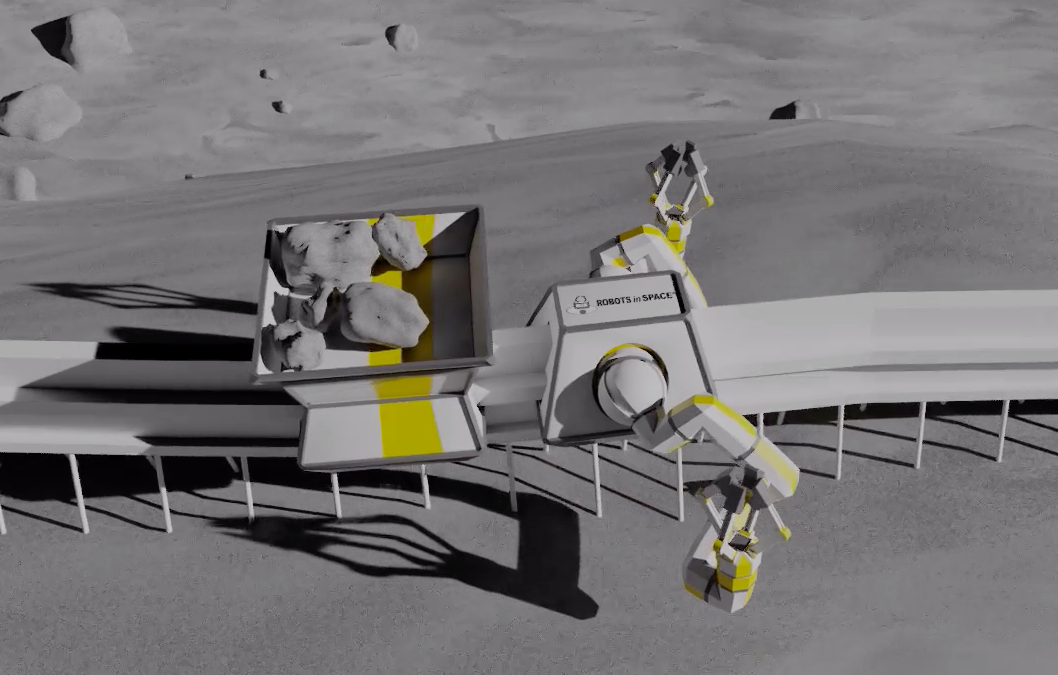 Rovers have proved their usefulness on the Moon and Mars for the acquisition of scientific data, and their designs are mature. The initial stages of establishing a sustainable human presence on the Moon, such as resource prospecting and habitat site selection, will undoubtedly benefit from rovers similar to those of the past.

However, rovers have significant drawbacks, such as susceptibility to dust and wear, limited power, poor traction, and inability to operate in low temperatures such as those found in the Moon’s permanently shadowed regions. These limitations restrict the utility of rover-like vehicles for repetitive, high-demand tasks such as regolith excavation and transport for shielding.

Also it’s worth noting that during the resource quantification, construction, operation and maintenance phases of an ISRU plant, most robotic mobility requirements will be both repetitive and predictable. On either the Moon or Mars, numerous closely spaced samples must be obtained to prove a resource reserve; plant components must be delivered from the landing site; excavated resources must be moved to the processing facility; and refined products must be delivered to the point of use or launch site.

To take advantage of the predictable, repetitive nature of these tasks, we should improve the surface that robots move upon. One way to do this is to build roads, another is to build tracks. My view is that tracks are easier to install than roads, with numerous advantages. By supporting the traction surface above the planetary surface,  dust generation is virtually eliminated, surface properties and small-scale topography no longer matter,  the robot body can be very compact for improved thermal management, and electrical conductors can be incorporated in the track. It also addresses the need for speed, long life, and wear minimization that will be required for efficient and economical plant operation.

The design of a specific track-robot system will depend on parameters such as delivered mass, power requirements and delivered volume, total track length, load bearing and side loads, speed of operation, and environmental factors. An early technology demonstration mission could be designed for delivery using a Commercial Lunar Payload Services lander. A lightweight elevated track could convey an instrument-bearing robot into a permanently shadowed lunar region for a longer stay than a rover could achieve.

The synergy of resource extraction and an efficient transport system also has the potential of using local materials to expand a track-based transport system across the surface of lunar exploration zones. Track segments, support structures, electrical conductors, and magnets for friction reduction, developed from in situ materials, are candidates for local production of track network components to reduce the mass of components launched from Earth.