Let’s get agile in space 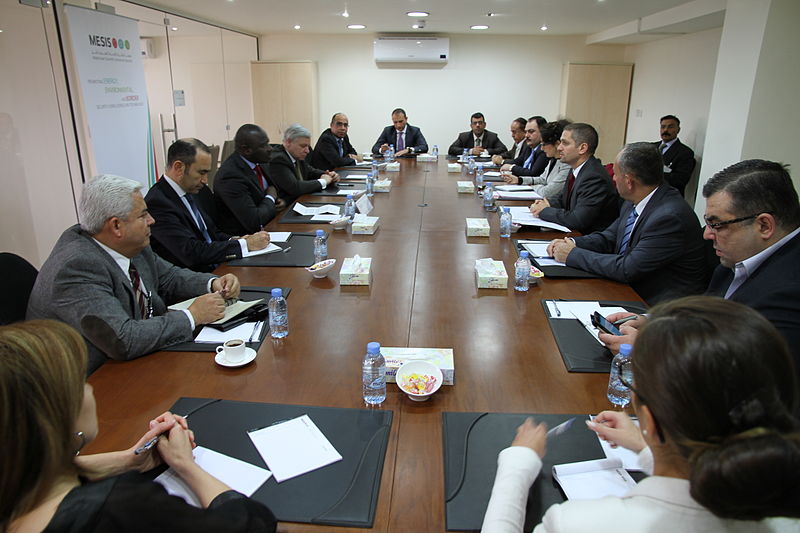 If you’re not in the IT world, you may not be familiar with the concept of “agile development.” Basically it started as a software development method—small bites, quick turns, frequent “scrum” meetings to elicit good ideas, test as you go. That’s an inadequate description—there is an entire world of lore, advice, best practices and anecdotes on how and how not to do agile development.

If you’re not in the IT world, you also may not be familiar with IDG and its demand generation division IDG Connect. Today, they published a great article about agile practicesmoving beyond mere software development. Here’s their lead paragraph: “Agile is not just the preferred method of developers; a growing number of senior business technology leaders have become advocates of Agile. CIOs and CTOs reveal that as their role becomes increasingly customer focused, they have had to change their leadership style to embrace Agile and to lead in a totally different way.”

“Agile as an element of customer focus.” This got me to thinking: are we agile in the space business? Are we even moving in that direction?

A couple of years ago, a (now-ex) CEO of a GEO satellite manufacturing company said to me, “Every time I talk to my customers, they ask me, ‘When am I going to be able to upgrade my payload on orbit?’” Every time!

Why would GEO operators want to be able to upgrade payloads on orbit? Because their businesses evolve. Their customer bases change. Technology changes. Markets change. Prices change. The need to be able to modify satellites and payloads should be completely obvious to their builders.

But a GEO satellite that is built to last 15 years does NOT change. What satellite manufacturer has added anything to a satellite to help it evolve, to take advantage of soon-to-appear satellite servicing? What was that CEO doing to respond to his customers’ interest in upgrading their birds? Very little, it turns out. Satellites today are no more agile than train engines.

Building on-orbit-upgradeable capabilities into large satellites is challenging. Large communications packages are highly integrated with satellite subsystems. Thermal management works against replaceability. And, certainly, there’s the old wait-and-see problem of on-orbit servicing. “When will a robotic servicer be available? I’ll start redesigning my birds when one is up there and has proved that it works.” Not exactly responding to customers.

To be completely fair, there has been one advance that DOES look agile, that DOES respond to changing customer bases—the reprogrammable features of the new High Throughput Satellites. With steerable beams and software updates, they do provide an ability to adapt to conditions on the ground. But with the pace of technology change, the demand for more and more bandwidth, the introduction of entire new markets such as IoT, my guess is that even these amazing birds will soon be “not agile enough.”

Now, what about the coming large LEO constellations? Those are shorter-lived satellites, the view being that keeping up with the market will be executed by wholesale replacement of the constellation every few years. Is that responsive enough? It’s hard to say, because we don’t really know who the customers are yet. But the prospect of replacing 1,500 satellites doesn’t seem to shout “agile.”

The agile philosophy also needs to show up in national security. The Air Force has recently recognized the need to respond more quickly to changes in the space security situation, which has become contested rather than static. One of their initiatives, represented by DARPA’s Blackjack program, is looking at how to leverage the coming commercial LEO constellations for defense applications. Hopefully DoD is considering, not just flying a new LEO capability, but how to keep up with the Joneses on a continuing basis. And DoD’s presence in GEO is not going away anytime soon. The ability to stare, the partnerships and connectivity, all indicate that GEO missions will continue to be an important part of national security space. But lack of agility means higher costs and less ability to respond to change for DoD as well as in the commercial arena.

Is there a shining star of agility in business? Well, how about Amazon? As if they weren’t already agile enough, Amazon recently announcedthat they’re going to move toward one-day delivery. That’s going to require some new tech. But it will unlock even more value from the infrastructure.

To start thinking about becoming agile in the space business, I recommend my op-ed that recently ran in Aviation Week online (if you’re a subscriber):

It describes a “space superhighway,” with high-DV tugs, persistent platforms for hosting multiple payloads, and on-orbit assembly and upgrade. This is like UPS in space. It can take advantage of both big rockets and small. It is the kind of infrastructure that Amazon leveraged on the ground to become one of the world’s five largest companies.

The recipe for increasing agility of space architectures includes:

This model will get its first demonstration in GEO, where DARPA’s RSGS program will demonstrate the ability to install payloads externally on operating GEO spacecraft. But this can be implemented in LEO as well as GEO.

No business can thrive if its customers go forever unheard. We hear satellite communication operators crying out for on-orbit payload enhancements, to support their future markets and revenues. It’s time to start building the system that responds to them in an agile way.