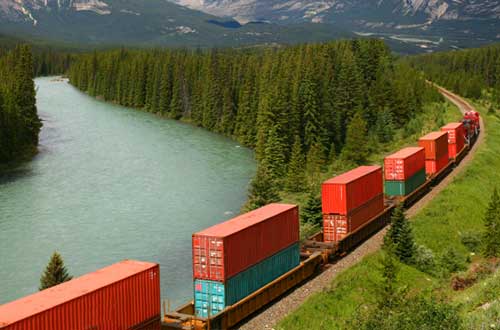 Infrastructure investments are wealth creators. It’s almost a truism. The American railroads of the late 1800s; Air Mail; shipping containers for maritime transport; the Interstate Highway System; the Internet; the Global Positioning System. Each of these projects generated hundreds or thousands or millions of times the initial investment. In the case of Air Mail and the Internet, the US Government’s input was just seed corn; all the rest of the funding was private. The Interstates and GPS were true government infrastructure projects.

It’s time for a major government infrastructure project in space. An AIAA opinion paper from February comes to this conclusion:

Infrastructure has the ability to surprise. Jeff Bezos didn’t need to create a transportation infrastructure to build Amazon. He had it in the form of UPS (private), FedEx (private), and the US Postal Service (public). That infrastructure unlocked the value that is now Amazon, one of the world’s five largest companies. But when UPS, FedEx and the USPS were being built, no one saw Amazon coming. That’s what I wrote in Aviation Week and Space Technology a year ago (sorry, you’ll need a subscription):

GPS was a surprise, too. It was developed by the US military to improve the accuracy of weapons. No one saw it becoming the very heartbeat of the world economy, its highly accurate timing signals enabling cellular networks, financial transactions, and just about everything else. The Internet was another surprise. It was just a way of connecting a few government computers–until it became the engine for $5 trillion in value worldwide.

So, build it and they will come. But build what? What does an in-space infrastructure look like? The foundation is reusable in-space transportation. A few years ago, no one believed that it was possible to reuse rocket first stages, and now SpaceX has made it appear routine. But the second stages will always be single use. If some of the job of the second stage is given to a reusable space tug, there will be cost savings just like with SpaceX first stages.

We have seen the first piece of the infrastructure put into place. Northrop Grumman’s Mission Extension Vehicle, when it docked with Intelsat 901 in February, proved that advanced interactive space operations are safe and efficient. Intelsat will get many more years of revenues from its satellite thanks to this service. The MEVs are highly reusable, long-life vehicles.

The next piece of the infrastructure will be depots. Propellant for the space tugs can be stored there; modules for building and upgrading satellites as well. Robots at the depots can grapple and berth visiting vehicles, and they can assemble large things from small components.

What is the cargo of this space logistical infrastructure? It is that propellant and those modules; some day it will be materials harvested on the Moon for in-space construction. It can be repair parts for satellites, provisions for astronauts at the Lunar Gateway, and scientific experiments.

Accompanying these new systems must be some improvements. We need better situational awareness of the space environment; the further we go from Earth, the worse our picture is. We need a clear regulatory regime to maximize safety. We will need more vehicles in space to perform inspections and repairs, just as we have tow trucks and insurance adjustors on Earth.

We can expect part of the funding to come from the private sector. Northrop’s MEVs were built without a penny of government funding. The next class of vehicle will include capable robotic arms to enable a wider variety of missions. The DARPA/Northrop Robotic Servicing of Geosynchronous Satellites vehicle, expected to launch in 2023, is funded partly from the government and partly by Northrop.

It is vitally important for the US Government to declare itself a customer for the in-space infrastructure. It must make some more seed investments, like RSGS, to establish credibility, and it must contract with private purveyors of in-space services. Then we will have the robust, value-creating infrastructure that we need for the space economy to flourish.