Why we need a ” space superhighway” 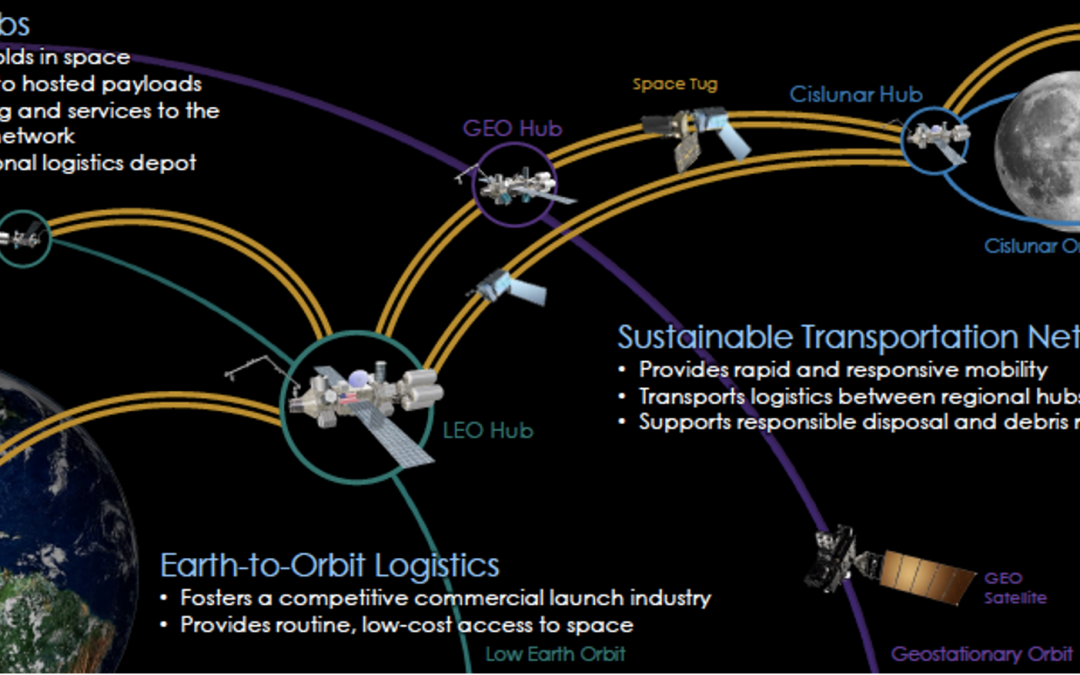 Logistics–the backbone of every industry and every economy. Logistics systems include huge containerships (like the one recently stuck in the Suez Canal) and their ports, rail lines, long-haul trucking, and local delivery vans. We are going to need a logistics system in space soon as well. Companies are developing systems to harvest resources on the Moon; somehow those resources need to get where they are needed. A habitat on the Moon will require extensive logistical support. As we’ve blogged about earlier, NASA is considering building a telescope in space using robots; they will need a delivery system to get the parts up there.

There will be two aspects of a future space logistics system that will make it work and make it valuable: reusability and modularity. SpaceX has proved that reuse of space systems (their Falcon 9 first stages) makes sense. Putting vehicles in space that can move commodities from one orbit to another will allow launch vehicles to be used more efficiently. The SpaceX Starship may be able to deliver 100 tons to low Earth orbit, but other systems will be needed to distribute all that to other orbits–just like those containerships offload in one port, but trains and trucks distribute the containers around continents.

Modularity has been too long coming to space. Modularity is an economic goose that lays golden eggs. It increases manufacturing efficiency, makes supply chains more robust, and simplifies repairs and upgrades. Your car and laptop are more affordable and easier to fix because of modularity. Today’s satellites, on the other hand, are monolithic. It’s been said that one-third of the cost of GEO satellites comes from rework–the need to disassemble to correct problems discovered during testing. There is absolutely no ability to repair them on orbit. Shifting to a modular architecture will bring all these benefits to the space economy.

The US Space Force has declared that space mobility and logistics will have to be one of their five core competencies. As military people know, logistics is the key to success of any military operation. So the Space Force could be another customer for a future space logistics system. That’s the point I made in this keynote address I recently gave  at the State of the Space Industrial Base 2021 workshop: